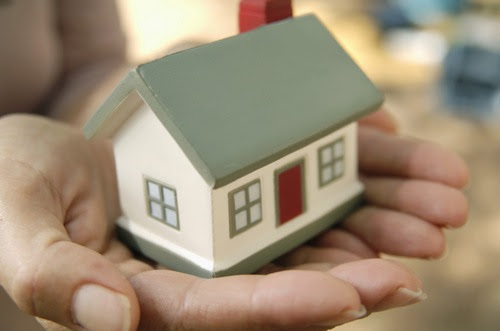 I know, when I own something, I take care of it.  I keep it neat and tidy and if it shows a little wear and tear, I do the best I can to fix it up, to make it presentable.

I don't feel the same way when something is not mine, I won't deliberately do something to ruin it, but I won't do any upkeep of it either.  For example, when I rent a car, I make sure I take out all the garbage before I return it.  I don't bother dusting the interior or wiping the bird crap off the windows.  The car is not mine and I don't care enough about it to keep it clean.

One of the problem with working in a big school like Packemin is that there is no feeling of ownership. Every teacher area is common area and quite honestly, I and I am sure most of us, have little desire to keep the areas clean.  Most people (there are slobs around, so I won't count them here) throw their trash in the cans and if they spill, they wipe the area, but that is the extent of their cleaning.  So, when the computers have a half inch of dust around them, no one will clean them.  When the window sills and the chalk boards are covered with months of chalk dust, that too sits, because we are only in that particular room a period or two, and then we move somewhere else, to another room with just as much dirt.

I looked at pictures of a friend's kindergarten classroom and wondered why she would spend so much time making the place look so nice and then it hit me.  This was her space.  This was the space she would be governing for the next 10 months and she wanted it to be comfortable for her and her students.  She owned the space.

As I sat and bitched about our despicable teacher's room today, another teacher said, "I'll just get a rag and clean my little area."  (Which she did not do.)  If she did, I guarantee, another teacher would have been using that spot the next time she wanted it and she would have to start over again.   The computer printer ran out of paper and she said, "I'll go get some."  I did that yesterday, and today it was empty again.  That is the end of my running for supplies.

I want a space to call my own.  I want to "own something."  When I do, I will keep it in a presentable condition.
Posted by Pissedoffteacher at 4:29 PM

I can NOT even imagine having to work under those conditions. My job sucks enough without having to deal with that, too.

My space is my bag and my cell phone. I do keep them as clean as possible, but they tend to get dragged all over the place so it's not always as spic and span as I might hope.

I wouldn't want to put my fingers on that computer. I seem to remember when I was in HS, teachers had their home rooms and they taught in that same classroom for the entire year. Whatever happened to that?