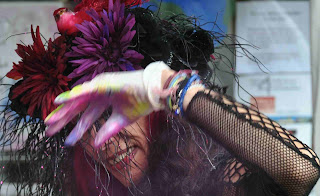 The ATR was so happy when he was assigned to Pretty Decent HS last year and got to teach 5 classes in his subject area. All seemed to go well too. The observations he received from his AP and the principal were glowing. The principal always had nice words to say to him when they passed in the hall.

Unfortunately, the principal was not the person she pretended to be. Upon arriving at Pretty Decent, the ATR ws forced to sign a form saying he agreed to be a provisional employee for the year. The UFT told him not to worry, that signing meant nothing. The UFT was wrong as usual.   Last June, the ATR was excessed.

The ATR is a fighter.  He immediately called his union rep and filed a grievance to get back in Pretty Decent HS.  Then the ATR got nervous.  If the principal did not want him, what kind of future would he have there?  He did not feel like fighting administration for the next 10 years.

A week goes by and ATR opens his e-mail to find the following DOE message:

You are asked to attend an interview for a position at XXXXXX. The interview is scheduled as follows:

The same person that told him to disappear is now in charge of interviewing him. How fair is that? And the press, Bloomberg, Klein and everyone else claim ATRs don't want to work. I almost cried when read this.
Posted by Pissedoffteacher at 4:36 PM

I just don't understand this union of ours! How is it that in my department alone we hired 7 yes 7 brand spanking new teachers when there are ATR's out there that need a permanent home! I'm scared just as you all should be. We have no union. We have no one helping us!

100% agreed to what 'anonymous' wrote.
Unfortunately the system is unjust and evil.