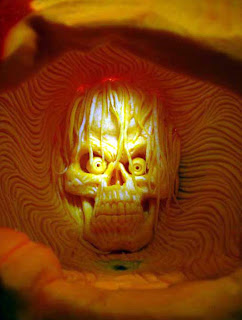 I read the e-mail from Klein, the one giving his take on this added value nonsense and, if I didn't know better, I would be inclined to believe it made sense.  Unfortunately, I do know better.  The problem is getting others to know the same.

I really get the part about moving kids ahead, or at least getting them to show improvement and I do believe, except for a small minority, all teachers feel the same.  But, it is also incumbent upon the people in power, like Klein, to help us do this job.

This semester, I am teaching the third term of a four term algebra class.  The kids in the class are weak math students.  Some never passed either of the first two terms and many failed the second term of the sequence.  Several have severe behavior problems.  A guidance counselor of one of the boys in the class wrote that he has a history of behavioral issues which she and his mom have unsuccessfully been dealing with for over a year.

This child disrupts the class on almost a daily basis.  He is keeping others from learning and moving ahead.  The system our wonderful education mayor has created does nothing to help kids like him.  In fact, the system created penalizes him and his classmates by keeping them all in large classes, classes they do not have the background to pass.  Some of the students in this class will not move as far ahead as they should because of him and several others like him.  Added value would make me look like a failure, someone who should not be in the classroom.

It has been said over and over but it can never be said too often.  Teachers are important, but small classes with appropriate curriculums are just as important.  Enforcement of discipline is a must.  Teachers are just mortals, in some cases trying to do super human jobs.  It is not right to hold us accountable and up for public scrutiny due to things not under our control.
Posted by Pissedoffteacher at 4:20 PM