It's Good To Be Wanted and Loved 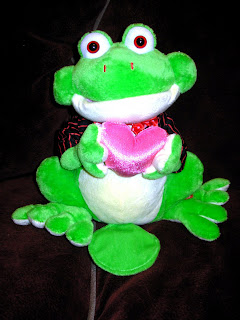 The chairperson of the community college I teach in called over the weekend. She apologized for calling me on the weekend and asked if I would be willing to take on an extra class. She would even create a special class for me so that I could teach two in a row. And, although the class was scheduled to start at 3, I could start at 3:15 so I would have plenty of time to get there from the high school I teach in during the day. Unfortunately, we have meetings once a month and I can't even make the 3:15, so I had to turn her down.

The chairperson called again today. She was creating a 4:00 class so I could teach an extra class. She said she has other people, but I am her first choice. At first I said yes, but then I realized I would be going over the maximum number of hours allowed for an adjunct and had to turn her down. She told me not to worry and that she would keep me in mind for the spring term. She also told me that when I am ready to retire I should give her a call and she would create a program for me.

I think that's just wonderful- and offers you the best of both worlds-you'll be free of the DOE, and still have something meaningful to do to take up some of the spare time.

May your (hopefully) final year be peaceful.

I think I heard opportunity knocking??

It's wonderful to be appreciated. And, it might have afforded you the opportunity to retire now and do something that is just as meaningful. But, it's obvious you are still not ready to retire otherwise you would have jumped at this offer. However, it's nice to know that you have a place for next year at the college.

It is nice to be liked and wanted but it is better to be respected.
That lady respects you as a professional and she likes you because you are a professional--that a winning formula!!! Take the job and leave the trenches. You will be missed but your peace of mind comes first and keep the rest of us in this struggle in mind! Thank you.

Even teaching one course would be enough because you are going to appreciate the free time you have--especially the opportunity to travel because rates are better.

Has someone already taken the offer? If not, you may want to rethink this.

There really is nothing to rethink. I am already almost at the maximum adjunct hours allowed. I couldn't do any more, even if I was retired.

I understand that. What I am saying is that you get the best of both worlds. You collect a pension and continue to teach up to the maximum allowed under city retirement regs. You really would not want more hours because that would negate the reason for retiring. And, you will have more free time to prepare your college lessons and do the paperwork without the added burden of your HS work.