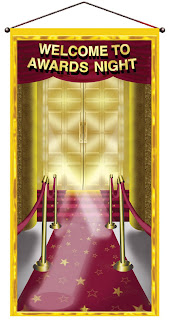 Last night was senior award night. Some of the awards are so subjective and it seems like only departmental favorites get them. Too many good kids are left out. Most teachers do not show up. I usually avoid the night also but Victor was going to get the most improved student award. Since I suggested he be given that award, I wanted to see his face when they called his name for a math award. Believe me, it was worth it. He expected awards in English and history but never in a zillion years did he expect one in math.

Victor was in my Math $C class last year. When I checked records, I discovered that Victor had failed math the entire year before and should have been in Math $A instead. Victor begged to be allowed to stay in class. Mr. AP was adamant that all failing students be removed. Ms. AP Guidance (a great administrator) agreed to give him a chance. He worked hard and passed the regents in January, a full semester before he was required to take the exam.

Last semester I told Victor to take College Now Math. I knew he would do well and figured it might be a good way to get his college math requirement out of the way. Not only did he take the course, but he ran a 95 average. No one was more deserving of this award than this young man. The hug he gave me in the hall today was worth the pain I felt last night listening to Suit talk.

My kids were happy that I took the time to come to the award ceremony to see them. My favorite part of the evening was when Jordan's father went up to receive Jordan's awards. Jordan's dad sat up front with the students, dressed in a suit and tie and went up whenever Jordan's name was called. Jordan couldn't be there because he was at another ceremony receiving another award. I took a picture of dad and e-mailed it to Jordan. It was a bitter sweet day for both Jordan and his dad. The first anniversary of his mom's death had just passed.

Another reason I went was to see who won this year's Heart Award. The winner was a new teacher who was unknown by most kids. Almost no one applauded. She was given a bouquet of black and white balloons and a certificate. Nothing like the great stuff I got last year.
Posted by Pissedoffteacher at 4:32 PM

Time does fly. It seems like yesterday I was reading about your award and how Suit dismissed it.

Who picked this year's winner? I bet Suit put in his 2 cents.