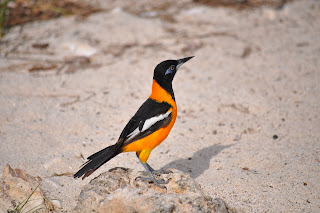 ﻿
A guy handed me a copy of the Post as I walked off the subway this morning.  It seems this rag is trying to increase readership by bombarding pedestrians in lower Manhattan with free copies.

I took one, stuck it in my bag and opened it up on the way home.  The headline AUDIT SHOWS TEACHERS REGULARLY WORK LESS THAN THEIR CONTRACT REQUIRES almost knocked me out of my seat.  How dare he write teachers don't work enough?  Teachers are programmed by administrators and administrators suck every ounce of blood out of them.  If the teacher is not in the classroom, the teacher is performing some other duty, a duty that requires sometimes possibly twice the amount of time that would have been spent in the classroom.  I have seen the work teachers with comp time jobs do and, for that reason I never took one.  And, as for after school jobs, he clearly forgets to mention the adminstrators that are paid to sit around and supervise each and every per session activity, supervisors that barely leave their offices except perhaps to go out for coffee or to go home early.

Yoav Gonan is a shill of the system.  Several years ago he interviewed me.  He was doing a story on the overcrowding and trailer conditions at Packemin.  I gave him a tour of the trailer, pointed out holes in the walls, esposed outlets and sinks and thermostats that did not work.  I remember him asking me why I still taught in the trailer since conditions were so bad.  I told him that it beat working in the noisy building.  He wrote something to the effect "teacher likes working in trailer" and ignored everything else I said.  He called me again several months later with questions about something else.  I refused to speak to him.

The Post only cares about selling papers.  This headline is just another part of the yellow journalism they use to do it.  Next time, I am turning down their free paper.  It is not even fit to line a bird cage.
Posted by Pissedoffteacher at 8:00 PM

I lost all respect for him too. It's another piece with very little information to explain what teachers are doing when not assigned to the classroom.

I put up a comment under the article and of course got trashed by some wing-nut.

Yeah, I teach in Maryland and the Washington Examiner just published that Montgomery County teacher's salaries average $104,000 a year. Since we top out at $103,000 I do not think it is mathematically possible for that to be correct. But you can bet your bottom dollar that rag of a newspaper doesn't bother to actually research facts!