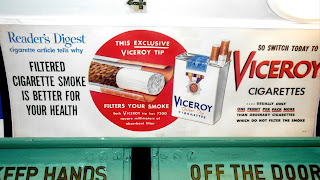 Several years ago, a woman in my evening class starting talking to me about her teenage son.  The boy was refusing to go to school and she was at her wits end.  She contacted the school and they were of no help.  Her son eventually dropped out.

The woman came to me because she knew I taught high school during the day.  I suggested she call the school psychologist.  He was of no help and even got angry about being called.  He said it wasn't his job to deal with former students.  The guidance counselor was also of little use.  In fairness I want to add both of these people have large caseloads and no time to offer any constructive help.

I don't know what happened as the term ended before the problem was resolved.

And now the city is running ads aimed at parents to reduce truancy.  Good idea, but has anything really been done to help the parents who want the help?  If it has, I haven't seen it.
Posted by Pissedoffteacher at 6:40 PM

In my school this year, we tried countless forms of intervention to keep a student from dropping out in his senior year, needing only 7credits. His mother, our principal, guidance counselor, attendance teachers, all worked hard, but the student, who was 18, just would not attend. I think help is given more often than not in helping students succeed, but it doesn't always happen.