Way To End The Week 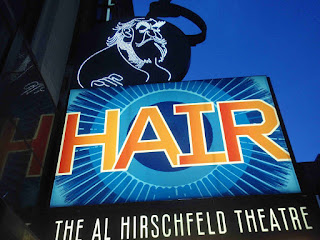 The class was relatively quiet as most of these kids take off the day before any vacation. I could say the few that were left were in vacation mode, but that would give the impression that today was different from any other day, so I won't say that. The kids were working on a practice sheet when he walked in. Junior had his feet up in the air and even though he announced loudly, "Mr. AP is here," he didn't start working. The first problem on the sheet happened to be one that was on the board but he couldn't even copy that down. Juni was busy putting on her make up. I guess she wanted to look pretty for him. Mike was staring off in space as he always does, although I have been contacting everyone imaginable to try to get him some help since October. Ozzie, a recent admit, was doing nothing, which was better than his usual disrupting and keeping others from working. Believe it or not, eight were actually working hard.

I don't know what he will say about this class. And, for once, I don't care. I can't do any more than I do with them and while it isn't enough, it is the best I can do. To top it off, I got three new admits to that group this week. One is a sweet kid, new to this country and the other two are kids dumped from other places. The third one is one I haven't met yet. I got an e-mail about her from some administrator telling me the girl has an IEP and some issues and due to programming problems would now be in my class. (Probably some other teacher got rid of her or she was scheduled for a regents that everyone expects her to fail). This is really a good place to put a kid with attendance and other issues. I would run from it as fast as I could and I imagine a child would do the same. Principal Hula promised to put her somewhere else.

I happened to be sitting in the math office after that class, tutoring one of my calculus kids. I expected Mr. AP to have some comments. But, my day was over and I was ready to tell him the comments would have to wait until next week. Thankfully, he was busy and didn't even notice me being there.

Now, to enjoy the vacation and the week and a half off, which began last night with a blast from the past, from the days a high school diploma meant something, Hair.

LET THE SUN SHINE IN!
Posted by Pissedoffteacher at 11:10 AM

"I don't know what he will say about this class. And, for once, I don't care."

In some environments, I'm afraid that's the only way to stay sane.