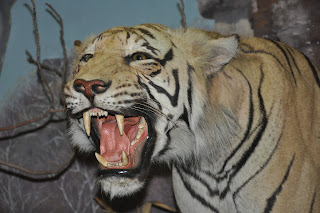 Last Sunday's Times had an article by professor at Columbia Teacher's college discussing how remediation in college sometimes does more harm than good.  She discusses how students, even students who have done well in high school, are placed in remedial classes because of entrance exams and often never go any further with their education.

I'm not close to this woman's level and I haven't done the research, but I have seen the same thing happen time and time again on the high school level.  Many students arrived at Packemin with good grades from their middle schools.  These students must take a placement test before enrollment and many are placed back in classes they have already passed.  In addition, ninth grade teachers also give their classes a placement test and several weeks into the term kids are once again moved around.  In the twenty plus years I taught there, I saw kids who could have succeeded fail.  I saw kids angered because of their course placement just give up and go with the flow.

I always wondered what would have been so bad if these kids had been given the chance to succeed.  Many would have gotten the extra help they needed and rose to the top.  I clearly remember Michael, a bright ninth grader whose record, grades and parent showed he should be moved up a year.  The placement test showed otherwise and the AP would not permit him to be in the correct class.  Michael, a boy who started out wanting to be an engineer, a boy who clearly had the ability, never made it to pre-calculus in high school.  I don't know what he is doing now, but when I last saw him, a career in mathematics was not in his plans.  Nory, on the other hand, a young lady in the same situation was "smuggled" into a higher level class with the help of her counselor and a fellow math teacher.  Nory ended up in AP calculus and is currently a student at Sophie Davis School of Medicine.  Luis, another bright and extremely immature young man wanted to see how many letter patterns he could make with the choices on his entrance exam and of course scored poorly.  Lucky for him, his talent was spotted early and several teachers inspired him to succeed.  He just graduated college with a degree in computer engineering, soemthing his placement test would have prevented.

I'm not saying kids don't need remediation.  Many do.  But, there is more to the student than just an entrance exam.  Maybe they need a chance to jump in.  If they fail, so what?  There is always a time to repeat.  And, if we weren't so hung up on statistics, they would get this chance.  I used to think money was the issue.  Schools didn't want to spend the money to let kids repeat.  Schools waste more money trying to get kids to pass remediation than they would if they just let them take what they need and what their records show they can do.
Posted by Pissedoffteacher at 12:50 PM

Maybe these tests are given too early in the term--like the first week of school and kids from middle school do forget some basics. Perhaps a little refresher and some warning about these tests would help, and those kids would brush up.

That being said, I always think the teacher, not administrator or some test, is the best judge of a student.

I have had my weakest students pass standardized tests and therefore were no longer given the much needed academic intervention they desperately needed based on the score instead of my report card grade. And I have seen my very best students freeze or make careless mistakes on these tests and lower their scores.

A good administrator knows to trust their teachers. I had a student who was held over in my 4th grade class. His parent thought he was improving and so did I. The principal let him go to the next grade, but held me accountable. I just smiled and told her, "No problem." The student did well.

Unfortunately, your AP is not held accountable by your principal who lets him run rough-ride over teachers. This will kill the morale of a very good school, and the blame will fall on the shoulders of the principal, not the AP who, to say the least, has done nothing but put down his staff since taking over.

How would teachers be vilified if there were no tests? Or things done straight by the book?

In my kids' HS, parents have the final say for math placement. They can place their child against the advice of teachers. (Standardized tests and teacher recommendations go into the initial recommendation.) If you place your child against advice, I believe you have to sign something taking responsibility for that decision.

I can see there being issues with that as well, with parents being in denial and placing their child in a class they are really not prepared to succeed in. Hopefully that doesn't come up often!

But at least there is some flexibility in the system, and crucially teacher recommendations are involved, not just a single test.

So, in the college you're working in now--with the remedial students you see--how many seem to be placed lower than where they should be (students you think would have a shot at succeeding in college algebra, or whatever the first credit bearing course is)? Just curious--putting everyone in a non remedial course sounds like a good idea, but I'm pretty sure there are students who just don't have the skills to pass college algebra.

In this class most don't belong in college and the remediation won't help .