There is nothing like walking around the city this time of year to help an old sour puss like me. I love all the store windows and the tree in Rockefeller Center. No matter how many times I see it, I always feel the magic. 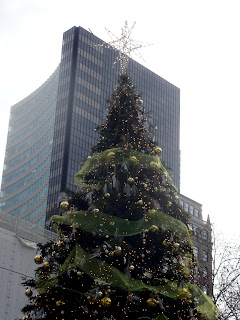 The tree at Bryant Park. 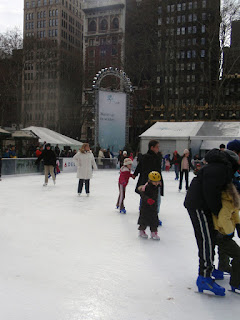 Skating at Bryant Park. There is no charge to skate but the line is ridiculously long. 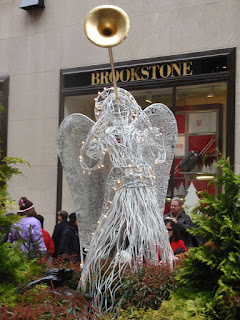 The angels at Rockefeller Center. 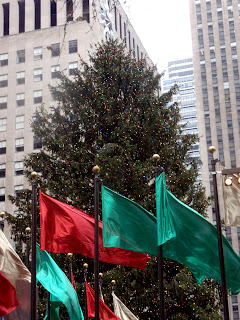 The tree at Rockefeller Center. 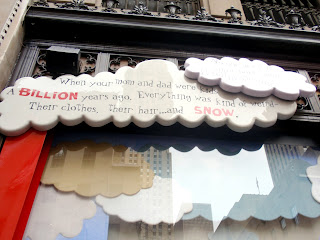 Sak's window. I wasn't going to go over because the crowds were so big, but I'm glad I did. These were the best windows around. They told the story of Mike, the snowflake that dared to be different. The first window began with a story from olden days consisting of pictures of hippies and dinosaurs. 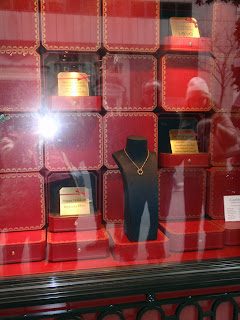 Cartier's had little red jewelry boxes that kept moving and opening up to tell a different story. 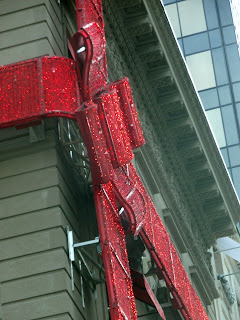 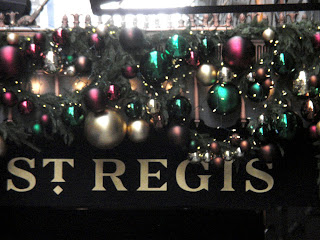 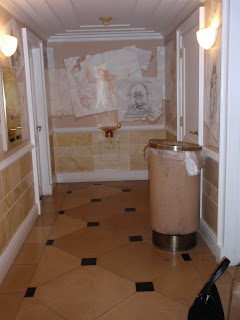 A well kept secret--the bathrooms in Bendel's. They are right down the steps, by the main entrance. Each stall is a little room is equipped with its own sink 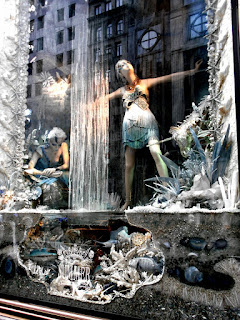 Bergdorf's windows were unbelievable. This mannequin looked like she was standing on ice, with a whole underwater city underneath. 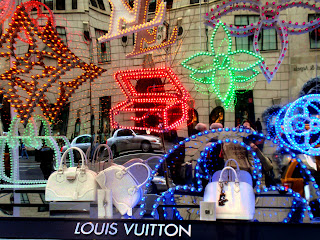 The lights and colors here were fantastic. 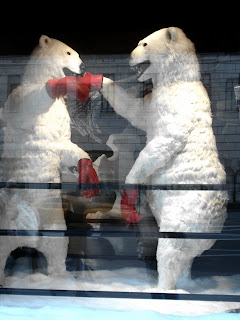 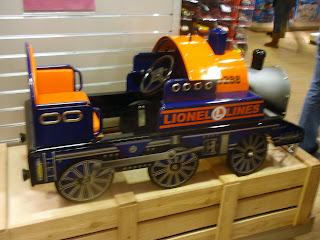 Pedal vehicle in the form of a train at FAO Schwartz, one of my favorite stops. I guess I am just a big kid at heart. I got there early so I didn't have to wait on a long line to get in. 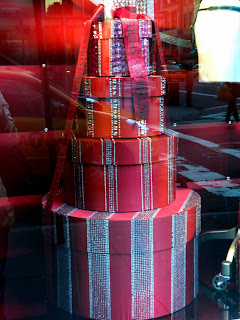 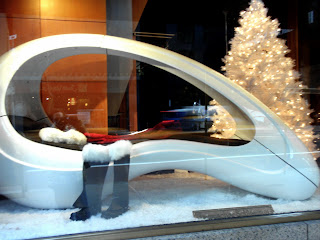 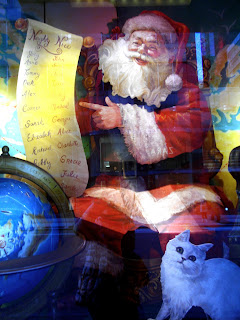 Bloomingdale's windows were great. The theme was the new album just put out by Tony Bennett. His music was being pumped onto the street making the exhibits especially exciting. 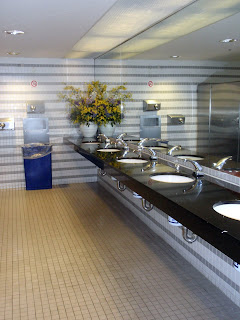 Bathroom in Citicorps Building. (I know, I am obsessed with bathrooms but finding a decent one in the city takes know how.) 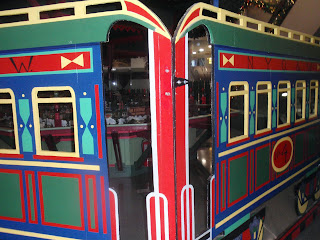 Trains in Citicorps Building . Unfortunately the exhibit doesn't open until noon so I missed seeing my trains go around. Still, it was nice to see.

The rest of the pictures are here.

Posted by Pissedoffteacher at 2:59 PM

This is the reason I love your blog! Your take wonderful photographs!

Thanks--of course I almost got hit by a taxi taking one of them. I would like to blame a NY cab driver, it was my fault.