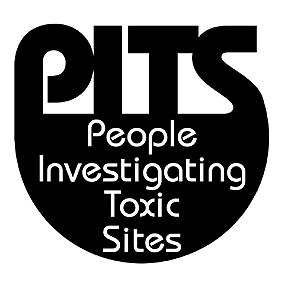 Today was a treat. After a full day of teaching we got treated to a faculty conference. Many teachers in my school get to go to a conference during a lunch or prep period. I'm lucky. I get to go after school as I teach during all the earlier periods when the conference is given.
Today's conference was special. Mr. AP sent an e-mail to the entire department telling us to be on time for the meeting. I wore my roller blades so I could get to the auditorium from the trailer in record time. In spite of this, I was still late. When I walked in Principal Suit was talking about "toxic grading", whatever that is. It was hard to hear him. I forgot to take my i-pod ear plugs out. We got to watch a video of some British dude talking about this toxic stuff too. (Suit forgot to serve the popcorn.) He was also hard to understand, even with the earplugs out.
Actually, I did get the gist of what he was talking about. Basically, kids who do not complete assignments should not fail. They should be given a second, third, fourth,....millionth chance to complete that assignment. They should be allowed to write and rewrite and rewrite again and again until the paper is perfect. They should be allowed to take that test over and over and over until a good grade is gotten. Teachers are getting treated to lots of extra work and students are being treated to working whenever the urge hits them.
Principal Suit tried to engage the teachers in a dialog about the video. He was nice to people who agreed and quite rude to others who didn't. For once I was smart enough to sit back and keep my mouth shut, almost shut. I did enjoy talking to a friend who was also at the conference.
The bell rang at 3:32. Suit was still pontificating. My friend and I got up and left. Suit glared at us but our day was over. This was one treat that was not going to spoil anyone.
I'm definitely taking off Brooklyn Queens Day. I can't bear a whole day of listening to him.
Posted by Pissedoffteacher at 8:57 PM

The best response I've heard to the whole "don't fail kids who do nothing" concept was something to this effect, by a columnist from my local newspaper. It reacted to a proposal to have a lower limit of 50 on all assignments:

As a high school student, I think that the point of school is to do the work. Teachers assign work for a purpose, and if you don't do it, then you're not learning the lesson. One of the reasons I switched to a magnet school was that I was so sick of kids who didn't do any work and were rewarded with extensions and extra help and the like.

I'm getting sick and tired of working harder than the kids do to get them to pass. When I have to repeatedly list their missing assignments, and regrade tests, and they still do the absolute bare minimum, something is wrong. Why should I care more than they do? All we're accomplishing is creating a generation of co-dependant do nothings who are going to have a very difficult time of it when they get out into the "real world".

This meeting sounded like the educational equivalent of a whoopee cushion. Every time Principal Suit speaks, just think of it as a fart!!! That's how I would probably keep my sanity...

Just when I think you will run out of ideas for your blog...

Hope those suck-ups enjoy marking all those extra assignments and tests because we know in the real world every employer will give workers second, third...millionth chances when they screw up.

The trouble with these meetings is when Suit walks around with his mike he seems to never run out of people who want to play into his hands by talking and he always wins by shooting people down.. Just sit there be quiet and if he asks to to talk just say.---Everything you said makes a lot of sense. IF YOU CANT WIN JUST BE QUIET.

I think you should ruin his next unprofessional development meeting by informing him you are staying next year. Just think how he would feel about that.

Even (on the rare occasion) when I do offer make-up work or extra credit (even more rare), kids don't do it. Some don't even bother to make up tests/quizzes that they miss due to an absence. Why should I care if they get a 30% on their report card? No way I'd just "gift" them a 50%.

LMAO; I know I am just a poor suit, but that is just too damn funny. What the hell is toxic grading? I would like to make you jealous though. I got my teachers a 10 minute chair massage during their planning periods tomorrow. Happy Teacher appreciation!

Wow what an idiot. I love our policy. Students have 3 class days to hand in late work and it is -10 points per day late. After 3 days it is a zero - board policy. No ifs no ands no but - and no extra credit to make up grades. Full support of admin - principals that try to force teachers to change grades have been fired.

Excused absences are you are sick, or medical appointment. No band trips, not football games. Yes - even great god football is not an excused absence.

Excused absences you get 3 days per day out to make up work then the late work rule clicks in.