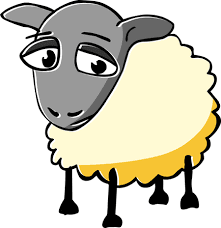 Joannie's teacher saw from day one how smart Joannie was and knew the girl belonged in an honor class.  The class transfer could easily have been arranged, but Joannie's teacher decided to stay mum on her ability.  You see, the teacher knew he would be judged by his passing statistics and by the number of kids who scored over 90 on the upcoming regents.  The teacher knew there were weak students in the class and Joannie's presence was needed to keep those numbers up.  Besides, moving Joannie up would mean a seat would be opened for a lower performing student who would lower those numbers.

Until things change, until statistics stop meaning so much and until supervisors like the one above cease to exist, kids like Joannie will continue to be sacrificed daily.  And the sad thing is, no one seems to care.
Posted by Pissedoffteacher at 6:45 AM

I teach math at a school that could be Packemin. My supervisor is just like the one you describe. I feel terrible about hurting my good students but I am young and need my job. I have to keep my statistics up.

I do not blame this teacher. The system works against teachers not for students.

Oh my goodness! Well, doncha' know it's ALL YOUR FAULT because YOU are a TEACHER!!!!!!!!