You Can't Have Your Cake And Eat It Too 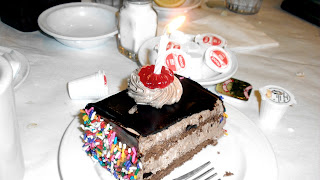 ﻿
Parents in Sayville are being given a choice as to which programs their school district should cut. Things on the chopping board include full day kindergarten, music program, after school enrichment activities,tutoring and college level classes for advanced students. The school day might also be shortened from 9 to 8 periods per day.

With the great cry for higher standards and more college readiness programs, these threatened cuts seem more ludicrous than ever. Higher standards require more activities, not less. If education is truly a priority in this country we have to find a way to fund it.

Faced with a potential $2.7 million reduction in its state aid, the Sayville school district has seized on an unusual strategy - asking parents and other residents what programs to cut if given the choice of fewer services or higher taxes.
The district, which serves 3,000 students, drew up a list of 30 programs that could be eliminated, ranging from elementary bands and orchestras to college-level math and science courses. Then the public was invited in to offer its input - an event last week that drew about 300 students, parents and other residents.
"Not to be dramatic," said Cassie D'Agostino, 17, one of the students who stepped up to the microphone, "but it's kind of a slap in the face to get to the end of your high school career and find it's all gone."
From today's Newsday:
In Sayville, as in other Long Island districts, final decisions on the future shape of school spending and services are still nearly two months away. So it's unusual for a district to put so many programs on a potential chopping block, and to do so at this stage in the process. No other Long Island district has reached out to the community the way Sayville has.
There was no clear consensus by the end of the forum. But with many Long Island teachers living in the district, the teacher union's influence weighs heavily on elected leaders.
Even so, Gov. Andrew M. Cuomo's call to slash the Island's school aid next year has stirred widespread fears that teachers will be laid off and popular programs lost.
Cuomo insists such fears are exaggerated - fanned by what he describes as frantic statewide lobbying.

Hike taxes or lose services
In Farmingville last week, more than 1,800 teachers, parents and others protested his plans. And in Sayville, Walter Schartner, the school superintendent and a former chemistry teacher, says he wants residents to understand that the district could either face a tax hike as high as 8 percent or painful reductions in teachers and services.
Schartner emphasized that he personally would rather not cut any programs on the list.
"Those are things the kids enjoy," he said.
At Tuesday's forum, many parents and students argued against cuts in elective courses and extracurricular activities - especially the district's award-winning music program. Some said school officials should look for savings in other areas, such as further concessions by Sayville's teacher union, which has already agreed to partial pay freezes.
Sean Murphy, 44, a home-improvement contractor, said he hadn't taken any salary since December so he could pay his workers instead. "When are we going to hear about pay cuts, and not just a freeze?" Murphy asked.
Sayville's teacher union notes it already has agreed to six-month freezes in contractual raises and step increases, both for this year and next. Even with next year's partial freezes, the district says salary costs are due to rise more than 4 percent.
Islandwide, most districts won't come up with final budget proposals until mid-April, with voting by the public the following month. But local PTA meetings already buzz with rumors over which programs might have to go: full-day kindergarten, art, music, sports.

From 9 class periods to 8
Freeport plans to shed 26 staff positions next year; Middle Country, up to 14. Administrators in Glen Cove, Harborfields and South Huntington all confirm that daily class schedules at their high schools might be reduced from nine periods to eight.
For struggling students, that would mean less remedial tutoring - and for advanced students, fewer elective choices.
"Everything we do is on the table - there are no sacred cows," said Joseph Laria, the Glen Cove superintendent.
In Albany, Cuomo has proposed a $1.5 billion, or 7 percent, cut in statewide school aid to help erase a state budget deficit pegged as high as $10 billion. Under the plan, the Island's schools would lose nearly $250 million of their aid next year, on top of $172.6 million lost this year.
Cuomo proposes capping annual increases in property taxes at 2 percent or the inflation rate, whichever is lower. If lawmakers approve, the cap would take effect in 2012-13.
All this has touched off furious exchanges between the governor and school lobbyists, with some overheated claims on both sides.
Recently, the State School Boards Association distributed copies of a study showing that a tax cap could cost the Island more than 3,300 teacher jobs. But calculations were based on last year's inflation rate, which would have held districts to a zero tax increase, rather than the current 1.5 percent.
Cuomo, meanwhile, has released his own data, showing that districts statewide are holding $1.8 billion in cash reserves and unused federal jobs money. Initially, the governor suggested this was more than enough to offset his proposed cuts. But aides later backed away from that position, saying it was understood that districts couldn't prudently spend down the bulk of their reserves in a single year.
With Joie Tyrrell
Posted by Pissedoffteacher at 6:10 PM

The citizens of my city voted to increase our food taxes to keep our school system afloat. I can't thank them enough.