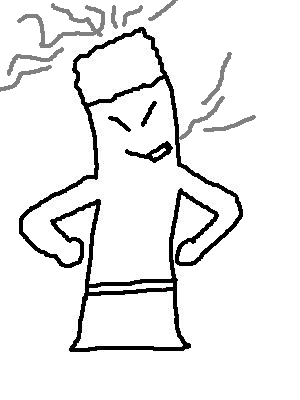 I hate smokers. They not only kill themselves, they kill the people that love them.

My brother-in-law is one of those smokers. He is 53 years old, lying in an ICU, hooked up to a ventilator, fighting for his life. He has been smoking for years. He has had severe bronchitis for years. He has had major incidents of coughing up blood. He refused to quit. The doctors just found a mass on his lungs. They do not know if it is cancerous because they cannot operate while he is in such a weakened condition.

I love my brother-in-law but I hate him for what he is putting my sister through. When he refused to give up smoking, he not only chose to give himself a deadly illness, he chose to destroy his wife, the love of his life. she Shas not slept or had a happy moment in 10 days. He chose to possibly deprive his newborn grandson of knowing the love of wonderful grandfather.

My mother-in-law smoked herself to death. She smoked from the time she was nine years old until she died, at age 83. She died due to complications of surgery, a surgery necessitated by her smoking. Her smoking did not allow blood to circulate fully through her body and as a result, some of her toes had to be amputated. Because of the smoking, her body could not take the anesthesia and this is what killed her.

When my mother-in-law started to smoke, no one knew how deadly cigarettes were. By the time the truth was known, she was too addicted to stop. Her life was hard and cigarettes were one of her few pleasures. My brother-in-law is different. The dangers of what he has been doing have been known for years. He should have been smart enough to stop. He should have been strong enough to stop. I don't think he ever tried to stop. I don't think he thought it was important to stop.

My neighbors husband is a smoker. He is in his 70's and refuses to quit smoking. He has emphysema and has had heart problems. This does not deter him. At one point in his life, he was in the hospital recovering from heart surgery and trying to get cigarettes from the orderlies. His wife has learned to accept the fact he will not stop smoking. I have failed to mention that she has asthma. You'd think he would stop for her, but he doesn't. He smokes outside to prevent causing her any harm. Too bad he doesn't see the heartbreak losing her husband as harm.