The Harm Of A School's Standardized Test 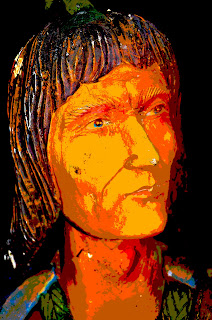 ﻿
Students entering Packemin take a standardized test. prepared by the math chairman, to try to insure they are in the right class.  (Actually, I believe they are designed to keep kids in lower level classes so regents scores will be higher, but I have no proof.)  Alex, Nick and Ronald took this exam when they were incoming ninth graders.  These three young boys were more interested in having fun than in doing well on a math exam they considered stupid.  Their goal, taking the exam, was to see how many different four letter combinations they could create going down the column while bubbling their answers.

Needless to say this practice did not bode well for their scores. And, because of these low scores, all three were put in a slow sequence algebra class.  All three played around in class due to boredom and did not do as well as they should have done.

All three began their high school career with a teacher fresh out of college.  Inexperience prevented the teacher from recognizing their potential.  Finally, they landed in a class with a seasoned educator who recognized their potential and pushed them forward.  All ended up with advanced regents diplomas.  Alex graduated college with a degree in electrical engineering.

The standardized exam these boys took was a high stakes exam for them, no teachers were harmed in its administration, but kids were harmed and that sucks.

While I was still at Packemin, beginning algebra students were given another standardized test to see if they belonged in the two or four term track.  The exam was made of of random regents questions put together by a fairly young teacher.  The kids were told not to worry, as it did not count (false information since it counted quite a bit in their future.)  They didn't take it seriously.  Many got pushed back into the slower track, ruining any chance they had to take advanced math in high school.  Regents stats for the school were better but these standard tests hurt the kids and that sucked as well.
Posted by Pissedoffteacher at 11:01 AM

Labels: the harm standardized test do

My daughter was kept out of the HS honors program (not NYC) because of a test score from fourth grade. We fought it, but we had no real avenue to fight it. We fought all the way to the superintendent, but he could not be bothered. All he kept saying was it was not a big deal, she would not be kept from any classes. We showed him differently, but he did not want to hear it.