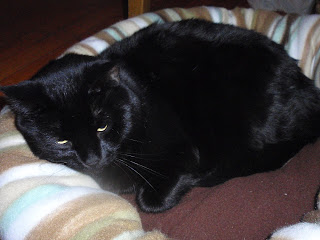 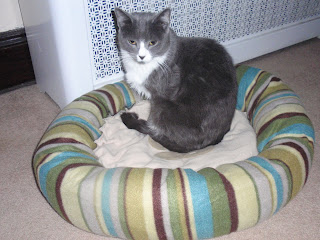 It should have been simple.  The little cats had to pick a representative for their local chapter of the UFA (United Federation Of Animals).  They needed a person with no administrative ties, someone who would stand up for them.  They needed someone whose loyalty would be solely to them.

The UFA committee was shocked beyond belief.  They couldn't believe an administrator would toy with the election unless that administrator had something to gain by placing Kitten A on the board.  They could not trust the election.  A quick vote was held to remove Kiten A from the committee.      A new representative will be chosen shortly.  I have heard it will be Kitten B, the administrator cat's enemy.


Some say democracy is dead in Animal Land, dead because Kitten A is not being allowed to hold the seat it won.  Others insist democracy is now being upheld as the evil administrator is not getting what was wanted.  You decide.  Who supports democracy and who supports tyranny?
Posted by Pissedoffteacher at 2:50 PM

Evil administrators should never get what they want. And cats who aim to please them should be thrown to the dogs.

The administrator should be fined/put in jail for tampering with an election. If Kitten A knew about it, Kitten A should not be allowed to run.
I hope Kitten B is ready for what will be a bumpy ride if he/she wins.