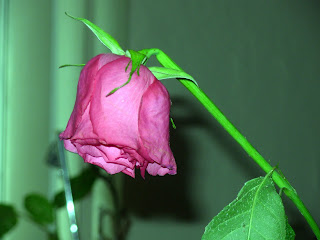 Principal Suit and Mr. AP want to get rid of Mr. T. They have ganged up on him and verbally abused him so badly that he had to take leaves a few times to restore his mental health. Although things seemed to be going better for him last year, he got hit with his second U rating and he is very worried (with cause) about his future. He only needs a few more years and he will make it to 55/25.

This year Mr. T has been removed from his classroom and has been given the title ATR. He doesn't know if this was legal if there are positions in his school in his license area and new teachers have been hired. I always thought the position of ATR was a position given to a teacher whose school was reorganized and whose position was lost through no fault of their own. I never dreamt that the position of ATR could be used for punishment and a quick trip to the rubber room. Although Mr. T filed a grievance, the union does not seem to be doing much to help. Mr. T is fighting. He has a lawyer and is ready to go at them head to head.

All I can say is that if Mr. T is truly a U rated teacher, he should not be in the building under any circumstances. If he is a U rated teacher, there must be a more humane way to prove it. And, will the schools start trying to show all ATRs are unsatisfactory to get rid of them?
Posted by Pissedoffteacher at 10:39 PM

My understanding is the same as yours- an ATR is somebody who loses his position through excessing. I am certain what Suit is doing is illegal.

Your friend needs to e-mail Randi directly. I'm certain that there is no paper trail that indicates a U rating. I don't like or trust Randi, but at least he might get the attention of somebody higher up.

Sounds like something they would try in my school.

I agree--email Randi directly. This is misuse of power even for a U-rated teacher.

Personally, if this teacher is in fact a terrrible teacher, I hope he suffers for giving the rest of us a bad name.

I was rated U by a fired and U rated principal. This is my second one and it was done illegally and I can prove it. So what do I do now?

I was also given a sabbatical which means I owe the DOE two more years but now they are trying to use the medical psychological office to rate me mentally unfit.

What is going on is sick beyond belief! We must get the word out.

A young teacher who advocated teenage drinking was "fired" our and went to the A school across the street last year. This year she was rehired in our school because she "missed the kids".
Real reason is that she was excessed from the good school. She is now teaching a langauge she can not speak well to students that speak the langague at home!

How sick is this?

What is an ATR?