Understand How The Other Half Lives 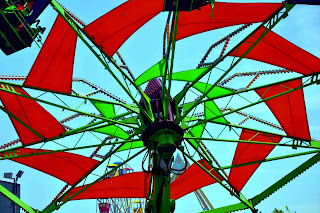 Ms May went to a suburban high school in a middle class section of the city.  She, and all her friends had supportive families, plenty of food to eat and nice clothes to wear.  Poverty was something she only read about in the newspaper and never took too seriously.  Ms May graduated college and got a job teaching English to students in a school she thought was similar to the one she went to.

During her first year, things went well for Ms May.  As the regents approached, she asked her class for $7.00 to purchase a review book.  Mark told her he could not afford to buy it.  And, then she lost control.  "How can you not have $7.00?  It's not a lot of money.  Everyone has $7.00."  Mark was embarrassed.  His dad had just lost his job and his mom did not work.  But, he didn't want anyone to know so he became belligerent in class and got himself suspended.  Ms May never understood the reason for his violent behavior.
Mr. White is a product of one of the most elite schools in the city.  He never came in contact with students who did not understand things immediately or couldn't grasp material when given extra help.  When Mr. White began teaching at  City H.S. he found students in his classes who could not do simple arithmetic.  Behind their backs, he called them lazy and stupid.  He insisted that if they only had to apply themselves and go to tutoring and they would do well. He didn't know that many of his students had learning disabilities and many were just undereducated.  The situation he was in was just too surreal for him to understand.
Mrs. Smith knew what ADD was.  She had taken several ed courses and considered herself enlightened.  Even so, she was sure the students could control their behavior if that was what they wanted to do.  Mrs. Smith's first contact with people with this problem was in the classroom and she could not cope.
Miss June came from the same background as the group mentioned above with one exception.  Her high school was a rough place and she was not entirely sheltered in her honor classes.   Instead of starting in a nice, middle class school, Miss June began her teaching career in an inner city school, a school so rough that it was one of the first schools the city closed down.  Miss June was fortunate enough to find a mentor, a young teacher who helped her through her first year, helped her learn to assist students who had backgrounds different from her own.  She learned to see the entire picture of the child and not judge him by a few actions.  Miss June even taught special education students.  These students taught her as much as she taught them and while she helped them grow intellectually, she understood their limitations and worked with them to provide the best education possible.  Miss June no longer teachers special education but the skills she learned there have helped make her the teacher she is today.
The big catch phrase in education today is "effective teaching".  There are better teachers than Miss June around, teachers that are more organized, have better classroom management, and who always ask the perfect question but they aren't as effective as Miss June.  Miss June has spent time with the impoverished, the learning disabled and the disruptive child.  She knows how to talk to them without talking down to them.  She knows how to reach them.  Miss June is the teacher I would want my child to have.
Posted by Pissedoffteacher at 6:20 AM

Labels: empathy, keeping your head out of your ass, understanding, what makes an effective teacher

Me too. The Miss Junes of the world are the best teachers in the world because they understand the environment these students came from and can connect with the students.

This story hits close to home. My nephew was suspended from his suburban NJ high school because his so-called brand new Special Education teacher never bothered to learn about his disability--Touretts. He got suspended for his outburst against her. Yet, in all of his mainstreamed classes, he did not have a problem. Why? The teachers knew how to handle him. Yet this new teacher with probably the same background as the ones you wrote about, never took the time to learn about his condition.
My poor niece had to advocate for him and made sure his IEP was adjusted to show that kids with Touretts do have inappropriate outburst. Had she had taken the time to talk to his other teachers, they could have educated her. Instead, he was banned from taking his girlfriend to the junior prom which lead to more outbursts at home.

I can only hope this new teacher learned something when she was at that meeting with her fellow teachers--mostly there are many ways to defuse a situation. Something she did not do. Luckily, my grand nephew will not be placed in her math class next year.