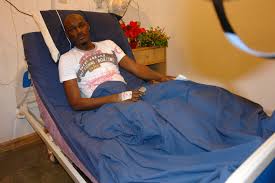 Sometime in the '60s, when open heart surgery was a fairly new procedure, Sylvia, a woman in her 30's had a successful bypass and went on to lead a wonderful life as a wife and a mother.  Twenty five years later, Sylvia once again needed heart surgery.  This time the doctors did not think her prognosis was good and hospital after hospital refused to admit her.  They did not want her death to ruin their statistics.  Fortunately, one hospital had no such concerns and accepted her as a patient.  Her family worried about the quality of care but at that point, they had no choice and admitted her for the procedure.  Fifteen years later Sylvia danced at her grandson's bar mitzvah and twenty-five years later held her daughter's hand as her son-in-law was buried.  Sylvia passed away at the ripe old age of 96.  Her heart finally gave out.

Sylvia's family thanked G-d every day that a hospital cared more about saving lives than looking good on paper.  Her family now realized the reason the hospital had a non glowing record was because they tried to save everyone.

Schools need to think like the hospital that saved Sylvia.  Think of all the kids that might be saved if everyone stops worrying about statistics.  The new school year is about to start and I can already picture the rush to cleanse classes of anyone who might not succeed, a judgement made in two weeks time.
Posted by Pissedoffteacher at 9:15 AM