Who Says Math Has No Place In Real Life? 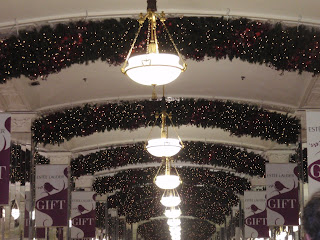 Lord and Taylor (Windows did not pohotograph well.) 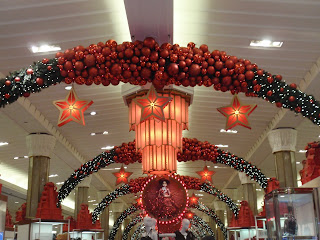 Macy's (Store windows were good but there was too much glare and pictures came out awful.) 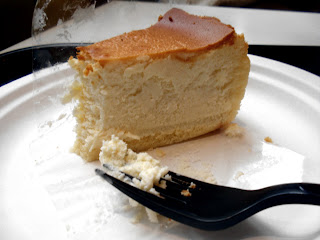 This cheesecake was as good as it looked and worth every calorie and all its cholesterol. 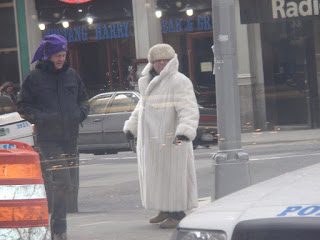 This guy must have been working for a fur coat company because eventually he was joined by a similarly dressed woman. It is hard to work the streets but at least his job provided weather protection. 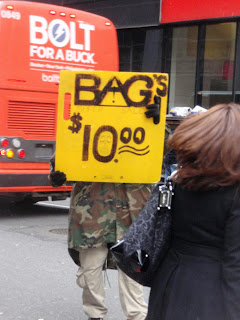 The ever present bag salesman. 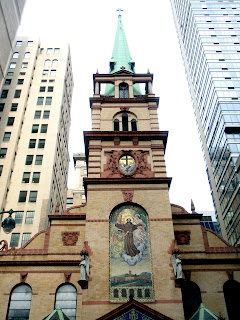 Walking up a new street to save some steps in the cold, I found this pretty church on 31 St between 7th and Broadway.

My blogging buddy NYC Educator thinks all math is about triangles and doesn't really see much purpose in anything else the subject deals with (except for money.) He is however always bragging about how smart is daughter is when it comes to math. Too bad people like NYC Ed can't see the real life and every day uses for the subject, especially for the shapes he is constantly making fun of.
Today, I went to see FIT to see an exhibit called American Beauty, Aesthetics and Innovations in Fashion. (The other exhibit Night and Day was also very good.) He would have been shocked to see all the geometry terms associated with fashion construction. There were skirts and capes made from squares, although the square is never congruent to the human body. There were gowns made from parallelogram shaped materials. Arcs and crescents were also used quite a bit. Fabrics are connected along their radii and sewn equidistant from certain points of the body. Mitering, the art of connecting fabrics along a 45 degree angle was also shown. And, if the mathematical connections weren't enough, there were designs based on suspension bridges. That should give him a sense of the purpose math and science fill.
No pictures in the museum (photography is not allowed) but posted are some other shots of the day. I can't go away on vacation and not spend a day seeing my own beautiful city.
Posted by Pissedoffteacher at 10:35 PM

Check out how math can also be used in this picture I took over christmas on our vacation.