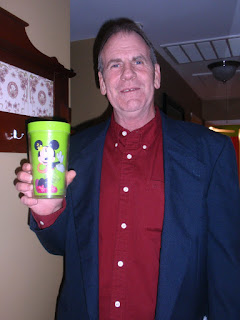 It was early on in the 70's when two high school boys, wanting gas money to go partying in Kansas City, decided to pan handle on the streets of their small Missouri town. Gas only cost $.20 a gallon in those days so the money they would collect would go far. Surprisingly, as they asked, people gave. Before they knew it they had collected $30 in pennies, nickels and dimes.
As the boys got ready to leave their spot, a man in raggedy, dirty clothes approached them and asked for some change. The ring leader of the group stuck his hands in his pockets and began pulling out all the change he had. He then insisted that his friend do the same thing. The friend did as told but was angry and asked the leader "why?" The leader said "just do it" and he did.
Later, with no money for gas, the boys began walking home. On their way, they passed a restaurant and sitting by the window was the man in the raggedy, dirty clothes. In front of him was a feast. The table was covered end to end with food. He looked up, saw the boys and mouthed the word "thanks." Now the friend understood why.
The friend, pictured above, told this story at Mike's funeral on Sunday. Mike, of course was the leader.

Posted by Pissedoffteacher at 12:07 AM

What a beautiful story and legacy to leave his children.