A Tribute To My Teachers 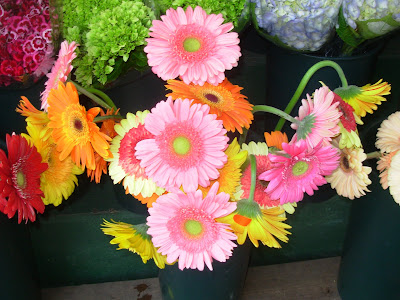 I didn't know until the announcement came on that today was Teacher Appreciation. The SO gave every teacher really nice bags. I decided this would be a good time to write a tribute to some of the teachers I had along the way.

I am proud to say that I am a product of a New York City public education. Most of the teachers I had along the way were also products of the same education system. I didn't attend magnet schools or schools in very good neighborhoods, I am a girl from the projects and my schools were all local schools, some with poor reputations.

My first school was PS 41 in the Bronx, the zoned school for the Gun Hill projects. To get there, I had to walk through the project, across two big streets and then down a hill. When I was little, I went with the parents of kids in the building. My mom had a baby and it was easier to let them take me than to drag the baby out in all kinds of weather. Although the memory is weak, I remember certain things about most of the teachers. Ms. Riser (kindergarten) was very rigid,. She was supposed to be the best kindergarten teacher in the school. Ms. Casione, my first grade teacher was young and beautiful and she got married the year I was in her class. Mrs. Shenker was old but really nice. She allowed me to skip from second to fourth grade. Mrs. Levine had magnificent white hair, although she was not that old. She had me taken from the "1' class and put in with the "2" in fifth grade, It was traumatic. Mrs. Korman, my fifth grade teacher was like every one's mother. Her only shortcoming was that she hated math and never taught us any. By sixth grade I was back to the "1" class. I don't remember my teacher's name but I remember dancing around the room with her to Little Eva's Locomotion. We had to read the NY Times every week and do awful percent problems. I still remember, with regret now, copying the current event answers from my neighbor and writing the percent conversions on the back of my ruler for use during exams.

I hated Olinville JHS 113. I lived at least ten blocks away but was not eligible for a bus or train pass. (I sometimes snuck on the train with friends). I was not in an SP class. The kids were rude and disrespectful to the teachers and mean to the kids not in their circle. The teachers that stand out in my memory are Mr. Meirgh, who made us stand up and greet him every day. He was really good looking but very mean. He was one of the few teachers no one messed with. I always felt terrible for Mr. Vure, our homeroom and English teacher. The poor man tried so hard but the kids chewed him up and spit him out. They called him Dick Vure, the meaning of which went over his head. I myself never understood what they were trying to accomplish by calling him that until I was in college. I did service for Mr. O'Leary. He was over six feet tall and drove a tiny Volkswagen bug. At the end of the school year he took all the service aids out to a Chinese restaurant for lunch. Coming from a kosher home, this was too much for me so I ordered a lettuce and tomato sandwich. I met my two best friends in junior high and we are friends to this day (soon to take a cruise together and relive our youth.) Unfortunately for me, cheating was still going on in some areas. I gave Rosie math answers in exchange for Spanish answers. This was mild in comparison to the rest of the class, Tina copied so much on a math test that she even put her friend's name on top instead of her own. Marla and her crew wore bangle bracelets during science exams and shook out multiple choice answers across the room.

Evander Childs HS came next. This school had a really rough reputation but being in all honor classes I was mostly able to avoid trouble. I never used the school bathrooms and never left the room during class. I joined clubs to avoid the lunchroom and had a pretty good overall time. My tenth grade math teacher took everyone who scored 100 on the regents to Patricia Murphy's for lunch. It was the first time I was ever in such a fancy restaurant and it was the first time a teacher ever called my house (to tell me my grade). My mom nearly had a heart attack when she heard a teacher's voice on the phone. For years I took students out also. My students were not 100's, but they deserved to be rewarded for their hard work. Mrs. Nirenblatt was the oldest teacher I ever had. She taught economics and ran some club that I was a part of. I remember being invited to her house for an end of term celebration. It was a real thrill, being in a teacher's house. Mr. Levine (Mrs. Levine from the fourth grade's husband) was mean through and through. He never had a nice word to say about anyone and laughed at my friend and me when we told him we were going to be math majors. He used to open all the windows to freeze us out. In retrospect, I thank him for the math he burned into my brain and for showing me everything a teacher could possibly do wrong so I could do the exact opposite in my teaching career.

Only a few teachers stand out from college. My calculus one teacher spoke with a lisp and addressed the board. No one understood anything he said. Luckily I took the same course in high school with a teacher I thought could not teach and aced the college class. Boy was I wrong about him. Professor Baumel, my physics teacher was one of the greatest teachers ever. I loved that class but could not get the hang of the electricity part, no matter how much I studied or went to tutoring. The most influential teacher I ever had is now the dean of education at CCNY--Professor Alfred Posamentier. I took every class he offered both undergraduate, graduate and post graduate. He was entertaining and his love of math carried over to his teaching. I recently saw him at a workshop and realized that much of my teaching style was derived from him.

It would be interesting to read about the teachers that shaped the lives and careers of other teachers.
Posted by Pissedoffteacher at 4:00 PM

He was, in fact, a horrible teacher with most of the world, but when he had a very bright, very interested honors class...

I understand he was in one of the first classes at Northeastern. He served in the Pacific, some sort of adjutant to Nimitz...

And he passed before I ever got it together to go back and visit.