Devastation In The Bronx

Co-op City opened up in 1969. It was the hope of the middle class, a chance to own something, a chance to give your family an affordable, brand new apartment, with all modern conveniences. It was a dream come true for the people moving there, people moving from walk up tenements and city housing projects. It was the chance to have a life many thought they would never be able to afford.

My family was one of the first residents. In those days, people moved in according to the floors their apartment was on. We were on the fifth floor and were assigned the third day. It was so exciting. We were getting a terrace and my sister and I were going to share the huge master bedroom with two closets. I still get tingly thinking of our first night in the apartment.

It took five years to complete the complex and after the initial move, people waited years for apartments to become available. I knew I wanted to live there when I first got married so we added our name to a list way before the date.

Today, Co-op City should still be a wonderful place to live. The people that live there are still some of the best people in the world. Everyone is friendly and helpful and caring. But, it takes more than fantastic people to create a desirable neighborhood.

The buildings of Co-op City are coming apart. They are surrounded by barbed wire fences, blocking off exits and paths to the once majestic outdoor areas. Yes, there are still gardens like the one here 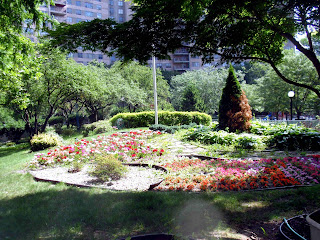 but the scaffolding and the barbed wire fences make the area look more like a war zone than a family oriented neighborhood. 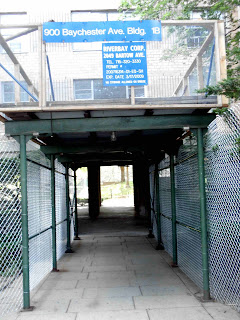 And now, to add insult to injury, the staff of Riverbay is on strike. Management wants to cut health benefits to these already underpaid workers in exchange for a 2.3% raise. Garbage is piling up, and there was even a dead rat or bird (I refused to get close or my picture would be better) on the side of one of the buildings. 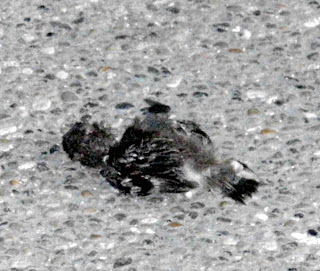 The people that live in Co-op City are hard working, middle class people. They need and deserve a quality place to live. They work hard and should be getting what they pay for. At this time, they are not. The politicians don't care. They never did. They allowed this magnificent city to be built with sub par materials and then hired cheap, inefficient contractors to fix the mistakes. What has happened here is a crime.

Co-op City, the dream come true has now turned into a nightmare for so many.

Posted by Pissedoffteacher at 1:42 PM