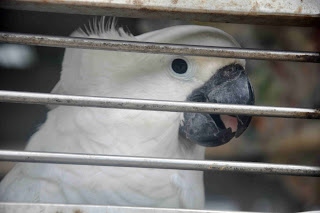 Problem Boy is still roaming the halls of Packemin HS, failing most of his classes.  He’s not coming to mine anymore and, believe it or not, I feel kind of bad about that.  Earlier this week, he greeted me with a big, friendly, “Hello Ms POd” and when I asked him if he had given up coming to math, he said “Pretty much.”  He passed me in the hall today and asked me when the midterm will be given.  I told him he already missed the first part but gave him the date of the next one.  I don’t think he will bother to show up and since math his not his subject he will be unable to answer any of it.
While I was having troubles with Problem Boy, he was managing to survive in another class.  This class, a class in his native language was one he could do the work in.  His teacher found ways to make him feel important and she overlooked many of his outrageous activities.  Today she had a different story to tell about him.  He has started cutting her class and even missed the midterm.  He has made inappropriate sexual and anti-Semitic comments to her, similar to the ones he said to me.  She decided she couldn’t look aside anymore, wrote him up and is having his parents come to school next week.
Problem Boy has issues, big issues the school and his family cannot handle.  He needs help and he needs it fast or he is just going to drop out and possibly find himself behind bars.  Kids like Problem Boy are the reason schools all over the city are failing.  Closing schools and reopening with a new staff does nothing to help kids like this.  For all his talk about how he improved education, Bloomberg and Klein did nothing for kids as dysfunctional as this one.  Cathie Black, in her totally clueless state, will be able to do no more.  She might tell Problem Boy’s parents to use birth control and even if they do, it is too late to help him and the countless kids like him.
Posted by Pissedoffteacher at 1:34 AM

My elementary school had a few "problem boys". 2 in particular happened to be twins, and they started showing their behavior in kindergarten. Parents were called in, yada, yada, yada. When one was being held back, and therefore not able to graduate and start middle school, the mother insisted we hold back the brother too, so the principal did. Of course the teachers were upset because they thought a separation would be a good thing since one had more influence over the other. Within a few years of leaving our school, one was arrested and in jail.

Teachers recognize the problems, but no one guidance counselor or teacher can fix it w/o parents also intervening. I had a parent who promised me she would put her son in therapy and never did. I later found out she made that same promise to all the other teachers. Many times we can see the future, and I wonder if there is a better way for the community to handle it that may involve police or hospital intervention? Leaving this to the parents alone is not working...and while I don't want individual freedoms curtailed, I wonder if little Christina would be alive today if the Community College had the right to have a student placed for observation. I do know that my school did call 911 on a student, but that child was acting bizarre rather than just
being what we label a discipline problem. I think if a student behave in an inappropriate manner for many years, school systems have to have another outlet to help these kids.

Stories like this just break my heart. They simultaneously make me want to a)get the hell out of teaching, and b)do it til my dying day.

So sad..administrators get money for students who have IEPs and for children who need extra support services.

Is the money actually being used to 'SUPPORT' and 'HELP' these children K-12?

Probably not. Who knows where the money is going?

Money is soaked nowdays into Administrators who shouldn't be Administrators. They know nothing of CHILDREN only the books they read. They haven't been to see the wizard yet to get that heart!

Its funny that Anonymous made a "Wizard of Reference". I keep on thinking of Glinda shouting, "For goodness I say, let go of Fiero" when Glinda's goons went after Elphaba and Fiero during the witch hunt. If you are familiar with the story of Wicked, you all know how that story turned out.

The DOE keeps on promulgating that it is all for "the goodness of the children. Its all about children first. We want to help them and make them worthwhile citizens for this country."

Exactly, how? I have seen harm more than help.

I meant to say 'more harm', not the other way around. My bad.

I have been writing all day for work. My brain is extremely fried. Pardon me for making stupid grammatical mistakes.