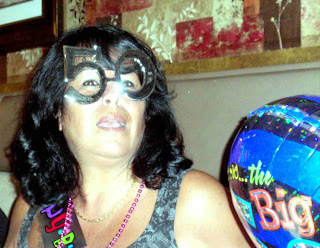 ﻿
I met Mark on the subway last week. He is a former student, a very bright young man who just graduated from college and had spent his last semester student teaching in one of the better schools in Queens.  Mark and I spent a long ride catching up and he told me tales of his student teaching days.
Mark was very disappointed with student teaching.  His mentor teacher was a twenty five year old woman who had only been in the classroom for three years.  And, while the mentor had many good skills, it was obvious to Mark that the mentor was still in need of a mentoring and could not teach him the things he needed to learn.
Mark told me he was thrilled when he got his student teaching assignment.  He was assigned to the high school he had graduated from and he knew there were many good teachers to help him.  Unfortunately, most of those teachers had left by the time Mark began.  The few that were left, the AP decided were not good enough to teach a new teacher and  Mark ended up with the newbie.
Aside from not learning how to teach, Mark felt he was turned into a glorified servant for his mentor.  He got little to no help with lessons.  He was given full responsibility for one class and asked to do work for some of the other ones.  He had a miserable, unproductive year.
Mark is now looking for a teaching job, something that will not be easy to come by.  He knows that and is willing to wait.  he just wishes his education had him better prepared for the future he hopes to one day face.
Posted by Pissedoffteacher at 1:00 PM

But I did learn something. I learned what I would do differently. However, my real education came when I first started teaching and was mentored by the experienced teachers. There is no substitution for their guidance and wisdom.

I had 3 student teaching placements (4th, 1st and kindergarten) and I also had concerns with one of my placements. My first grade cooperating teacher (who was experienced in the district) I thought was not appropriate with first graders. My instincts told me (and I later found out that I was 100% correct) that this cooperating teacher only taught to children who were in 'her box'. If they were on the outside of her box (meaning focusing issues, learning disabilities, behavior), then students typically do not do well.

2 lessons that I learned from student teaching days. Even the not so positive experiences will teach you on what DOES NOT work for certain students.

Also, after I graduated from graduate school, I basically subbed for a whole year which I thought was good experience. I think any new teacher who leaves the college should get their feet wet a little with substituting.

i'm currently in an alt-certification program, and have been tactfully vocal about bringing up what i'm NOT getting (simple things like how does the union work? should i have a seating chart? how can i be best prepared for my first day of class? you know, normal anxieties and questions)... yesterday i was told by my program that my contributions were valuable but would not be addressed, so would i please just move on?

it's a sad state of affairs when teachers to be are summarily dismissed for valid concerns.