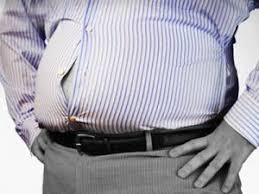 Picture a guy with a starched shirt and a tie, walking around with his stomach sticking out over his belt, acting like he owns the world.  If you can, you are picturing Mr. Bob, the guy that was interim math AP the term I left the special education department to join the math department, the department I am licensed to teach in and taught in for eight years before coming to Packemin.

Calling Mr. Bob was a pompous ass, would be redundant because pompous ass was what came to mind upon meeting him for the first time.  Mr. Bob got the job when the guy who had it before him moved on to greener pastures in a fancy Long Island school  He probably was the only one in the department with  an administrators license at the time (years ago you actually needed a brain and years of teaching experience to become an assistant principal) so he got the job by default.  The then principal launched a real search to find a permanent replacement.  It was obvious he did not want Mr. Bob to keep the job.

Mr. Bob got to make up programs for that year.  During his first semester he took the very best class for himself and gave good classes to all his friends.  Being new in the department (and unwanted--I'll go into that in another post), I got all the crap.  I didn't say a word, I didn't think I had a right to, although I was pissed.  I threw myself into my classes and did a pretty good job.  When the second semester came around, Mr. Bob programmed the same way, except for one thing.  He gave himself a crappy class.  His rationale was simple.  If he kept the job, he would simply give himself a program change and if someone else was brought it, he wanted them to either suffer or admit they didn't like rough classes and change it.  Mr. Bob lost his job to Mrs. Oola.

Mrs. Oola knew she needed to make a good impression on the department so she kept the class, a class she could not handle (more on this later too.)  But, as I've said before, she was smart and made Mr. Bob pay a price by observing his class and by heaping on some criticism he could not take.  Soon after, Mr. Bob got a job as an assistant principal in another school.  He lasted at that position one year and then went back to the classroom.
Posted by Pissedoffteacher at 8:14 AM